The federal Occupational Safety and Health Administration (OSHA) requires noisy, irritating, and unnecessary back-up beepers on industrial vehicles. Because of OSHA, the American soundscape is littered with constant refrains of “Beep! Beep! Beep!” At many industrial sites, the beepers are set so loud so that they can be heard by workers wearing ear plugs! 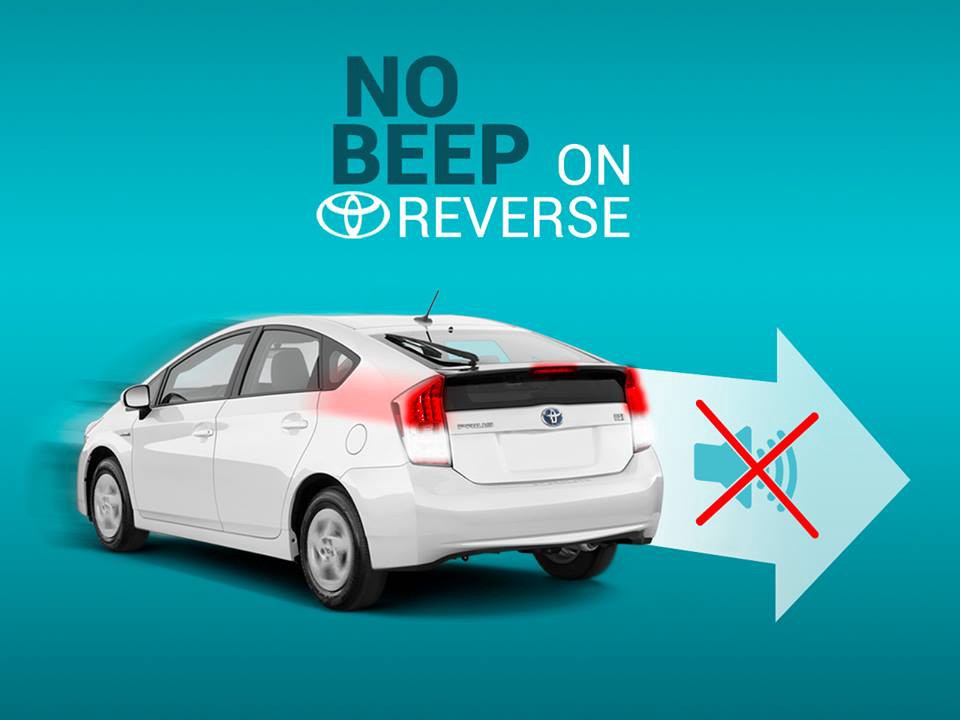 Newspaper columnist James Donahue notes that “the grating sound of these beepers is battering peace and solitude for people everywhere there is construction work, trash being picked up, or school buses carrying children. It goes on all days, most days of the week.”

Donahue notes the illogic of this incessant noise: “What makes them think that we don’t know a big truck is about to back over us? Why do we need these obnoxious beepers to tell us what we already know?”

Ray Graham commented that his dreams of peace and tranquility in Waikiki were shattered by noise “from city buses, tour buses, delivery trucks, motorcycles, fireworks, sirens, and early morning drunks. Beep, beep, beep! For years, these have been Waikiki’s sleep deprivers. But the latest noise scoundrel to come blaring into Waikiki is the back-up beeper. Beep, beep, beep! They are everywhere, and they’re worse than the coqui frog invasion on the Big Island.”

Graham observes that at a Waikiki construction site, “these beepers are on every vehicle from backhoes to bulldozers, vehicles with no visibility restriction. Beep, beep, beep! As these machines move backward and forward on and off go those stupid beepers! And they move back and forth all day long. Beep, beep, beep!”

The New York State Department of Health, after investigating an industrial accident, concluded that back-up beepers were completely ineffective: “Often, people who work near back-up beepers have become accustomed to their sound and desensitized to their use as warning signals.”

There are clear alternatives to these grating beepers. The R. F. Knapp Company manufactures “Smart Alarms,” which sound at a minimum decibel level only when the radar detects an object. The Smart Alarm makes a sound only as long as the danger exists.

The Knapp Company also manufacturers another alternative to back-up beepers: “Smart Strobe” technology, which automatically increases in brightness during the day and decreases at night.

James Donahue suggests that individuals opposed to annoying back-up beepers could “buy a few beepers for their personal use, mount them on their cars, or even carry them when out for a walk. You could mount eight or nine of them on your cars, and back up often.” He suggests that the incredible annoyance might spur policymakers into action.

Unfortunately, in California, the back-up beeper situation is even worse, because of regulation 1592(a) of the California Department of Industrial Relations. This regulation requires the back-up alarm on most trucks hauling construction material to be normally audible at 200 feet in all directions. When audible at 200 feet in front of a truck, just how far are the alarms heard to the rear? During quiet periods and some weather conditions, these backup alarms will be audible more than twice these distances. Cal-OSHA’s new backup alarm regulation is a prescription for more and more unnecessary, excessive noise.

Henry Morgan, Director and General Manager of Brigade Electronics, stated that “this is utter nonsense. Cal-OSHA’s regulation is unsafe, leads to health problems and adversely affects the quality of life for both workers and neighbors. While this regulation is intended to ease enforcement, in reality reduces safety and creates a noise nightmare.”

Morgan noted that “no other regulator in the world requires a backup alarm to be audible to the front of the vehicle. Cal-OSHA’s position is completely inconsistent. This requirement does not apply to the same machines either under the jurisdiction of the Mines Safety and Health Administration or of OSHA when the trucks are not hauling construction material. Some companies are forced to fit a second backup alarm pointing forward on cab roofs to achieve compliance!”

Socrates said, “Treatment without diagnosis is malpractice.” Cal-OSHA has failed to diagnose the five root causes of backup alarm accidents, which are:
1. person unaware they were in danger
2. driver could not see the person
3. driver did not notice the person
4. driving carelessly or recklessly
5. person careless or reckless

The back-up alarm is there to protect the “person unaware they are in danger.” The Federal Mine Safety and Health Review Commission Civil Penalties Proceeding report states that “the obvious purpose of a back-up alarm is to warn persons positioned behind the truck who cannot be seen by the truck operator.”

To have a back-up alarm heard over such a large area (as required by Cal-OSHA) makes it unnecessary loud, creating high rates of false alarm–which results in the alarm being tuned out. Clearly, no one in Cal-OSHA enjoyed fables as a child; if they had, the regulation would be changed. For those inspectors who need enlightenment, the Muppet show gives a modern version of Aesop’s famous fable, “The Boy Who Cried Wolf!”

Amazingly, companies desiring to comply with Cal-OSHA regulations often fit a second backup alarm facing forward on the roof of the cabs! Obviously, this just adds to the cacophony of noise.

Bob Andres, a certified safety professional and a technical advisor to Noise Free America: A Coalition to Promote Quiet, stated that “the purpose of any vehicle motion alarm is to warn persons nearby when the vehicle’s operator has limited mobility. It doesn’t matter whether the vehicle is going forward or backward. There are many instances where the operator of a vehicle may have very limited visibility going forward.” Andres continued: “I find fault with the requirement that the alarm be heard 200 feet away and in all directions. That simply creates unnecessary noise that may create confusion and increased risk on a busy construction site. There is an old saying in the safety profession: ‘The safeguard in itself should not pose a safety hazard.’ It seems that Cal-OSHA has overlooked this simple maxim.”

Cal-OSHA’s back-up beeper regulation is simply inane. It is unrelated to common sense or reality. It is based on the idea that noise somehow creates “safety.” Instead, unnecessary noise simply leads to chaos and confusion. OSHA and Cal-OSHA should rescind these noise-generating regulations. Government agencies should work to reduce noise, not to mandate noise.