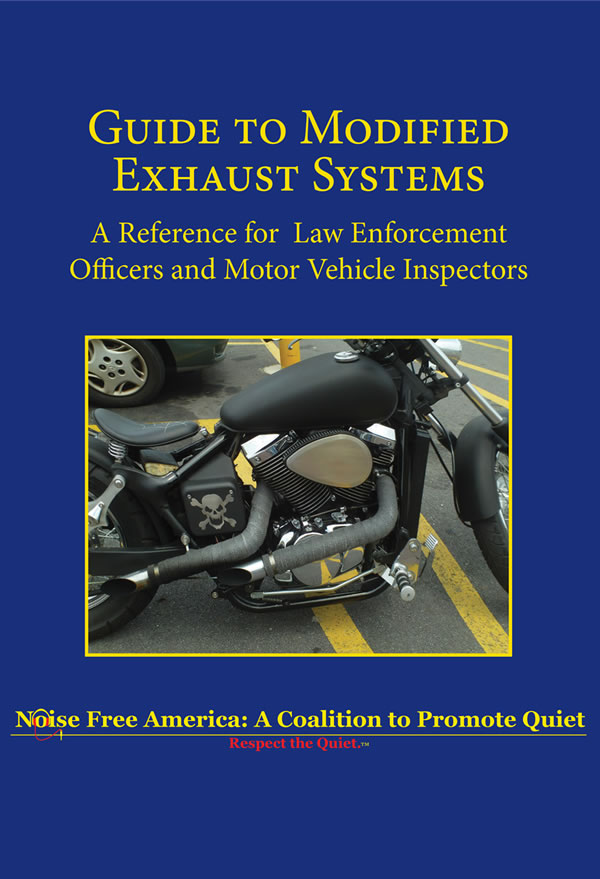 Ever wonder why some motorcycles are so quiet and others are so loud?

Contrary to popular belief, motorcycles are not manufactured to be loud. When motorcycles come from the factory, they are reasonably quiet–because they are factory- equipped with effective mufflers.

All highway and off-road motorcycles manufactured since 1983 are regulated by federal law under the authority of the Noise Control Act of 1972, which is still in effect. Federal regulation 40 CFR 205, parts D&E regulates their total noise emissions. It also regulates their mufflers and requires motorcycles to be equipped with EPA-approved mufflers, not just when leaving the factory, but at all times while they are in the United States. It is a violation of federal law to tamper with the emission control devices of motorcycles–even those devices that control their noise emissions (their mufflers).

Excessively loud motorcycles are the result of the deliberate action of their owners to alter their exhaust system–which is illegal. The most common form of illegal tampering is removing factory equipped EPA-approved mufflers and replacing them with after-market mufflers or entire exhaust systems that are not EPA-approved. Those after-market exhaust mufflers are not designed with effective exhaust noise suppression as a primary design goal. They are designed to increase the exhaust noise of motorcycles and their manufactures openly admit they are intended “for use on closed courses only.” Those types of exhaust systems are not legal for use on highway motorcycles.

THE EXTENT OF THE PROBLEM

The EPA stated that motorcycles with either modification listed above could easily increase noise emissions to over 100 dBa. They also realized that although motorcycles only account for two or three percent of total vehicular traffic mileage, and because they are presently among the noisiest vehicles in the traffic stream, any reductions in motorcycle noise would have a significant impact upon overall traffic noise and benefit the public.

A mere one hour of exposure to noise levels at 94 decibels can damage your hearing. If the noise is 100 decibels, it only takes 15 minutes for hearing damage to occur. But hearing damage is not the only adverse effect excessively loud motorcycles have on the public. Unlike legally equipped and quiet motorcycles, the excessive noise of many illegally modified motorcycles can be heard for miles. Excessive motorcycle noise poses a severe public nuisance and health hazard and adversely impacts the public’s quality of life.

According to a Motorcycle Industry Council’s 2008 Owner Survey, 38% of on-road motorcycle owners replace or modify their exhaust systems. Cruisers are the most common type of bike with a modified exhaust, followed by sport bikes, touring models, and competition dirt bikes.

The California Air Resources Board reports the following: “One of the more popular modifications today is replacement of the original exhaust system with aftermarket exhaust systems and parts.”

And according to a California Air Resources Board survey of 2003 to 2007 model year highway motorcycles, “85 percent of newer motorcycles in Southern California (primarily Harley Davidsons) had some form of exhaust modification. After-market exhaust systems on highway motorcycles can range from straight pipes without any catalysts to systems with catalysts that have not demonstrated durability and/or the ability to effectively control emissions.”

It is very clear that there are many loud motorcycles in the United States. It is also very clear why so many on them are loud: they have been illegally modified. Also, the solution to the problem is not too difficult to deduce. The laws and regulations prohibiting those unlawful acts must be enforced. 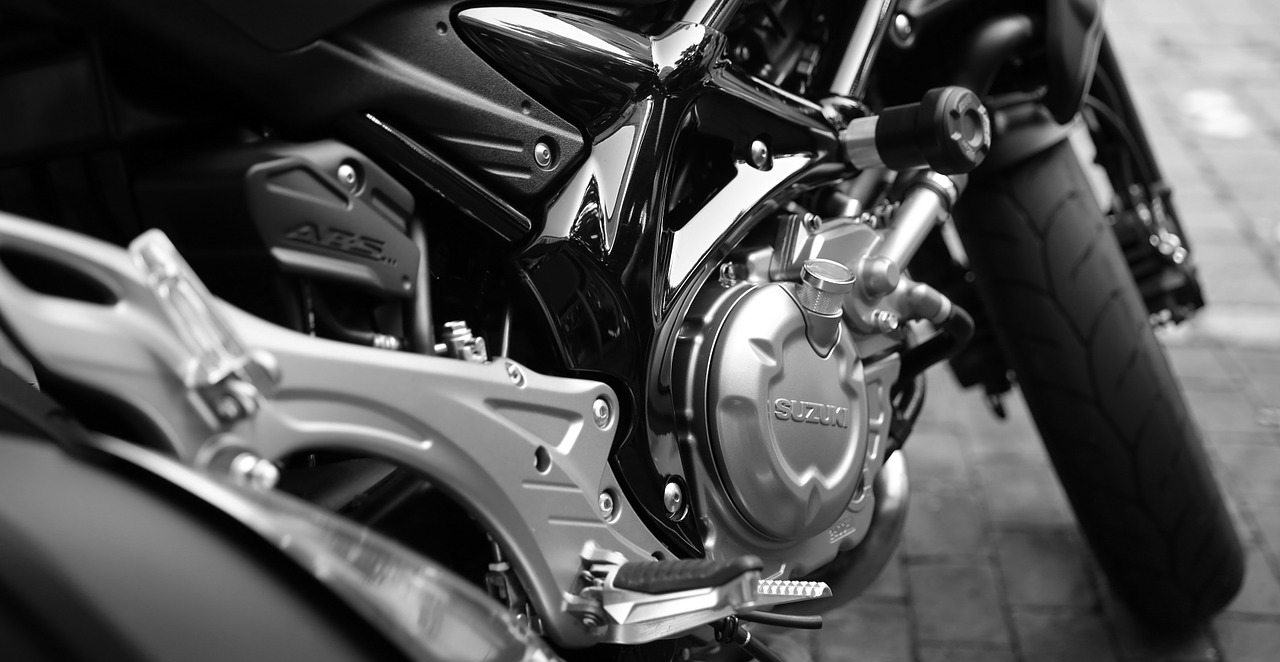 The role of the federal government

The role of the federal government is to establish noise pollution regulations where necessary. In the 1980’s, when the EPA’s Office of Noise Abatement and Control (ONAC) was in operation, it established noise emission limits for highway and off-road motorcycles. The purpose of those regulations was to provide a minimum of protection to the public from excessive motorcycle noise and to establish a national uniformity of treatment for the that source of noise pollution.

In spite of the Noise Control Act of 1972 and Subparts D and E of Part 205 of Title 40 of the Code of Federal Regulations, the EPA is currently taking little or no action against illegal motorcycle noise. The EPA’s standard response to noise pollution related inquiries is that dealing with noise pollution “is best left to the states” and cites “lack of resources” as an excuse not to enforce federal noise pollution regulations.

The Role of the States

What have the states done about regulating motorcycle noise emissions? The short answer is: not much.

Most state laws simply require “mufflers” without clearly defining what proper mufflers are. They only require that the mufflers “prevent excessive usual noise” and leave the interpretation of that up to local law enforcement and the courts. Usually, they will allow virtually any “muffler” and leave the state and the police with the burden of proving that the noise emissions of motorcycles equipped with competition-class mufflers are too loud.

The advocates of “loud pipes” (a term often used to describe illegal exhaust noise enhancing motorcycle exhaust systems) love what they see as “anything goes” muffler laws and exploit them with vigor and vehemently oppose more precise muffler laws that prohibit the types of mufflers and exhaust systems they want to use on their motorcycles. They hate tampering prohibitions and seek to have them removed, or at least, unenforced. Their disdain for muffler standards and tampering prohibitions provides a hint as to what should be done to effectively mitigate the problem. Establish motorcycle noise limits, muffler standards, tampering prohibitions, and actively enforce them.

The Role of the Police

The role of the police is to enforce the motor vehicle noise and muffler laws of the states and the ordinances of their political subdivisions.

4. Show up in court and testify to what was observed and what law was obviously violated.

That simple four-step process should be very familiar to police departments and the police should already be very adept in employing it. The police just have to employ it for dealing with excessively loud motorcycles and not be hesitant in doing it.

However, many cities and police departments do not take the issue seriously and do not have the will to enforce motor vehicle noise laws. Others look for gimmicks that don’t require any effort at all on the part of the city and its police department, such as asking the operators of loud motorcycles that have been illegally modified to be loud to operate their loud motorcycles” quietly” when in town, which is essentially impossible for them to do and is a totally silly and useless motorcycle noise control policy. There is a much more practical way to enforce motor vehicle noise laws.

Although establishing prohibited decibel levels in noise pollution regulations has its place in some instances (such as for products distributed into commerce at the regulatory level), dealing with everyday “in use” and local noise pollution issues by establishing “allowed noise” levels expressed in decibels is not the best way to address the problem, especially for enforcement purposes (and especially for mobile and transient sources of noise such as motorcycles).

Employing a decibel-level based approach for establishing “allowed” noise levels implies that one is “allowed” to make noise and gives the impression that the noise one is “allowed” to make must be assessed by performing decibel-level noise measurements; that approach is inherently enforcement inhibiting and puts a damper on having such noise pollution policies enforced. It is far better to establish what a noisemaker can’t do rather than what a noisemaker can do.

The simple observation of “excessive or unusual noise” emitted by a loud motorcycle provides the police with valid probable cause to stop and ticket its operator. That simple enforcement criterion has been upheld by the appellate courts as both objective and constitutional. The police should not hesitate to employ it.

The best way to follow up the stop is to have the vehicle’s exhaust system and mufflers inspected, which greatly augments that enforcement approach and provides additional objective evidence; that evidence being the presence of an illegally tampered with exhaust system or improper mufflers which constitutes an equipment violation and is the root cause of the observed “excessive or unusual noise” emitted by the motorcycle. That inspection can either be perform by a properly trained police officer or by a properly-trained state authorized and supervised inspection mechanic. State laws should be revised to incorporate that enforcement approach.

Quill Driver Books of Fresno, California recently published Guide to Modified Exhausts: A Reference for Law Enforcement and Motor Vehicle Inspectors, written by Noise Free America: A Coalition to Promote Quiet. The information in the guide is intended to provide jurisdictions and law enforcement officers a means of dealing with the problem of excessively loud motorcycles that does not require the use of expensive sound measuring equipment or the necessity of conducting time consuming and cumbersome exhaust noise tests. It offers an alternative method to address the problem that is based on a simple, common sense approach based on exhaust system equipment standards.

Also, please consider purchasing our book, Guide to Modified Exhaust Systems: A Reference for Law Enforcement and Motor Vehicle Inspectors, available from Quill Driver books. Please consider asking your local law enforcement agencies to purchase the book for all of their officers.