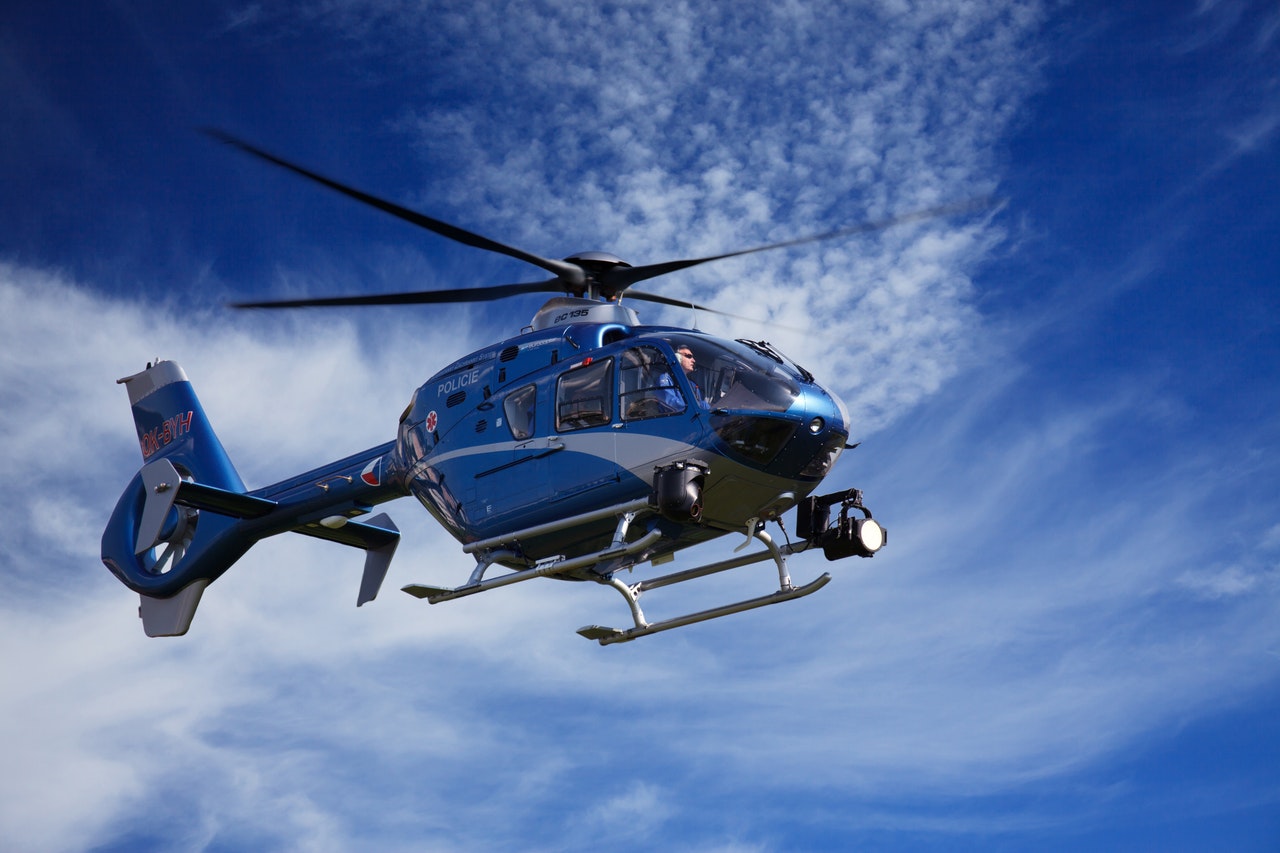 The San Fernando Valley within Los Angeles is bombarded with noise from low-flying helicopters. Then-Congressman Howard Berman and four other Los Angeles county officials sent a letter to the US Department of Transportation, stating, “We have shared our frustration about this problem with our friends, neighbors, and local elected officials. Now the FAA must hear our voices and implement changes that place the well-being of valley residents before the interests of a few helicopter operators. We are long overdue to find a common-sense solution to this constant problem.”

In 2011, Congressman Berman introduced the Los Angeles Residential Helicopter Noise Relief Act, designed to “address the growing safety and noise concerns among Valley residents caused by low-flying helicopters.” The legislation would require the FAA to establish guidelines on helicopter operations in Los Angeles County. Any new regulations would not apply to police, fire, military, or other emergency helicopter flights.

In August 2012, Berman arranged for the FAA to hold a public hearing on the problem of low-flying helicopter noise. More than 150 people attended, from the San Fernando Valley, Hollywood Hills, Brentwood, Torrance, and west Los Angeles. These areas are inundated by low-flying helicopters carrying the media, tourists, and celebrity photographers.

At the hearing, many Los Angeles residents stated that voluntary efforts by helicopter pilots to not disturb homeowners were not effective, and that that FAA needed to take strong action.
Bob Anderson, a board member of the Sherman Oaks Homeowners Association, stated, “We need enforceable, legal restrictions right now.”

In response to this constant noise, the FAA, sadly, released a report stating that it is opposed to new rules that would restrict helicopter usage in Los Angeles. Instead, the FAA supports “voluntary efforts.”

Representative Adam Schiff, who represents the Pasadena area, stated, “The FAA has determined that significant progress has been made in reducing helicopter noise in Los Angeles. I only wish that were the case. The FAA’s conclusion that residents have already achieved meaningful relief represents the triumph of hope over experience.” One major problem with the voluntary regulations: they exempt police aircraft, which are a major source of helicopter noise.

The FAA’s failure to address the issue of helicopter noise is an outrage. The people of Los Angeles need relief. There is absolutely no reason to believe that “voluntary” efforts are going to reduce noise levels. No one in Los Angeles “volunteered” to be subjected to constant noise from low-flying helicopters. This noise is extremely irritating and disruptive. The FAA and other federal agencies should be protecting the public interest, not corporate interests.

Helicopter noise is also a major issue on the South Side of Chicago. The Chicago Helicopter Express is a $12.5 million helipad located in the Pilsen neighborhood. The facility includes helicopter and departure taxi dock, and an observation deck. The company’s helicopters fly at 1,300 feet and mostly follow flight paths toward Lake Michigan along the nearby expressways. The facility serves as a launching pad for chartered flights and aerial tours. In reality, the heliport is a sonic assault on the Pilsen neighborhood—which already experiences excessive noise.

In recent years, helicopter tours have been banned from using the East 34th Street Heliport and the West 30th Street heliport, due to noise complaints. Consequently, they all now operate out of the Downtown Manhattan Heliport. There is no limit on the number of takeoffs and landings, which means they fly all day, every day, without end. Over 100,000 flights a year originate from that heliport—the vast majority of which are helicopter tours.

Delia von Neuschatz, a resident of Battery Park City, strongly objects to the unnecessary and excessive noise: “There is unrelenting noise emanating from helicopter tours over New York Harbor and the Hudson River,” von Neuschatz states. “There are five tour companies which use the Downtown Manhattan Heliport located at Pier 6 in the East River by Wall Street. They operate from 9:00 am until 7:00 pm, Monday through Saturday and on Sundays from 9:00 am until 5:00 pm. They fly up the Hudson River on the New York side to the George Washington Bridge and fly back down on the New Jersey side. By my calculations, on average, a helicopter takes off every two minutes.”

von Neuschatz notes that “there is never a moment during the day when there isn’t a helicopter overhead. Usually, it’s two or three coming and going. As soon as the noise from one chopper recedes, the noise from the next chopper looms within earshot. On several occasions, I have seen as many as five helicopters straddling the Hudson at the same point. Also, they often fly lower than the prescribed FAA altitude and they fly very close to shore and even over buildings.”

On a recent Saturday, von Neuschatz logged 27 north-bound flights between 3:00 and 4:00 pm: “That means that there were about 270 flights that day. The Sunday before that, I logged 31 north-bound flights between 1:00 and 2:00 pm. This incessant flying has raised outcries from numerous New York and New Jersey neighborhoods from Brooklyn to Battery Park City to the Upper West Side and to Weehawken, Hoboken and Jersey City, among other municipalities. The noise is disrupting the lives of millions of people throughout New York and New Jersey.”

A damning 1999 report by the Natural Resources Council about site-seeing tours over New York City states that helicopter noise can lead to sleep-deprivation and can cause cardiovascular and gastrointestinal problems, as well as reduced learning abilities among children. Alarmingly, the volume of helicopter traffic is much higher today. The noise measurements in the NRDC report demonstrate that helicopters are even louder than jet airplanes.

Dean Flanagan, a resident of Battery Park, stated that “the noise pollution from helicopters and ferry horns is unreasonable and excessive. The peace and tranquility promised by Battery Park City’s ‘green’ design is gone. More than 1,000 times a day, the neighborhood is assaulted with ferry horns which exceed 90 dB near the terminal.”

The Port Authority ferry services providers, including New York Wateway and Liberty Landing Ferry, operate more than 250 departures a day from 6:00 am until 10:00 pm, each after four loud blasts of the horn.

The ferry operators say there is nothing they can do, because the Coast Guard received a request from a kayaker for enforcement of navigation rules–in spite of the fact that, for 20 years, the neighborhood was free of horns.

The massive ferry terminal is surrounded by a playground, several large residential buildings, a large park, a hotel, a public library, offices, restaurants, a memorial, and a pedestrian-filled esplanade–all of which are harmed by the excessive, constant noise.

Flanagan believes there should be quiet zones for ferry horns, particularly in planned residential communities: “Communities may petition the federal government to create ‘quiet zones’ for train horns. The same principle should apply to ferry horns.” Flanagan also called on local elected officials to support renewed funding for the EPA’s Office of Noise Abatement and Control.

The noise situation in lower Manhattan is absurd. Citizens are looking for a peaceful place to live and raise a family. Instead, they are compounded by constant noise—all in the name of making a buck. New York, New Jersey, and federal officials should be committed to preserving peace and quiet and a good quality of life.